What is capsule endoscopy?

Capsule endoscopy is a procedure in which a very small wireless camera neatly packed into a capsule is used to take images of the digestive tract, particularly the small bowel, which can vary between 6 and 9 metres in length. Capsule endoscopy is a non-invasive test, and is done by swallowing the capsule. The camera is about the size of a vitamin capsule, and allows your doctor to view the inside of the small intestine as it travels through the digestive tract.

The pill travels through the stomach and into the small bowel, capturing images of the lining as it moves forward until it finally passes out in the stool. The images are stored on a data recorder, which is worn close to the waist. The images are downloaded with the use of special software that works by creating a video of the small bowel passage.

When is capsule endoscopy performed?

Capsule endoscopy may be recommended in the following cases:

What does the procedure involve?

Before undergoing capsule endoscopy, you will need to stop eating and drinking 12 hours before the procedure. This will make sure that camera is able to take clear images of your digestive tract. Your doctor may also recommend that you take a laxative before the procedure.

During the procedure, a recording device will be attached to a belt around your waist. When the recording device is properly attached, you will be given the camera capsule to swallow. The capsule comprises both a camera and its own light source. Once you have swallowed it, you won't feel any discomfort.

After around two hours, you will be able to start drinking clear liquids again. Your doctor will advise you as to whether you can have a light snack.

The procedure is complete after around eight hours, or when you see the capsule after a bowel movement. You should alert your doctor if you have passed the capsule into the stools earlier than predicted. 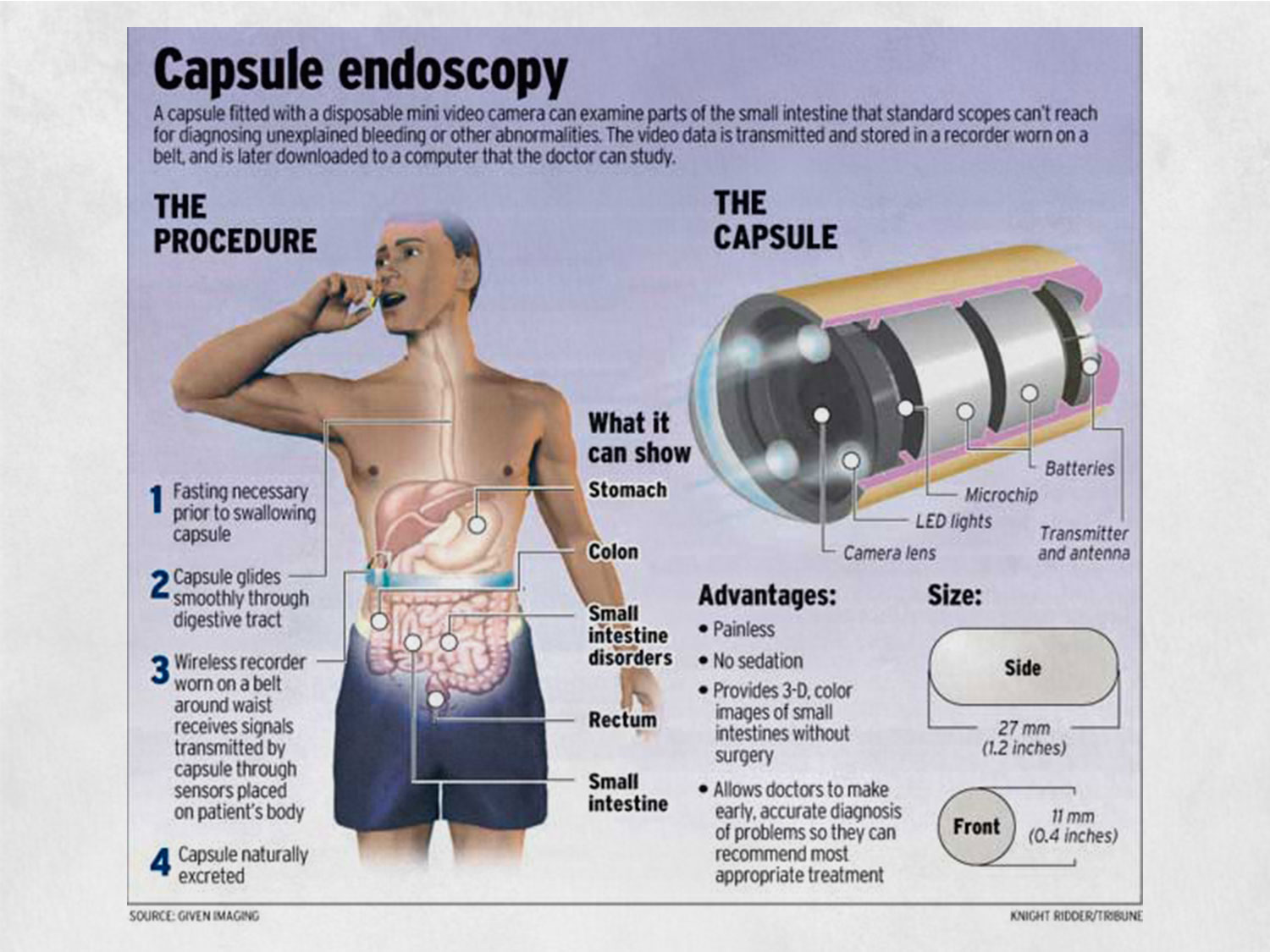